HBDF is a simple solution for energy-optimal automatic defrosting of evaporators. It results in energy saving, gain more freezing capacity with optimal defrost periods. The sensor measures the thickness of ice building up between the fins and sends a 4..20mA or digital ON/OFF signal to the control systems.

The Defrost sensors are based on capacitive measuring principles, in which an isolated steel wire acts as a conductor and the evaporator fins and tubes act as the second conductor jointly forming viable electrical capacitor. Change of the measured signal occurs when ice is build-up between the fins as the sensor is measuring the dielectric difference between air and ice.

The sensor can be installed in less than one hour, on both new and old evaporators. It can be installed when the system is in operation, and therefore, a system shutdown is not necessary. The electronic part is mounted on the evaporator's frame using 2 screws. The mechanical part consists of a thin PA12 or PTFE-coated wire, which is mounted between the fins of the evaporator in the air inlet side with special HB Snap-On plastic clips or standard Nylon strips. HBDF is available in 3 variants, with a 10m, 20m, and 30m wire respectively.

After installation, the sensor should be calibrated/configured to the evaporator it is mounted on. This is done using the HB-TOOL (PC-based software tool), which can be downloaded via this link. 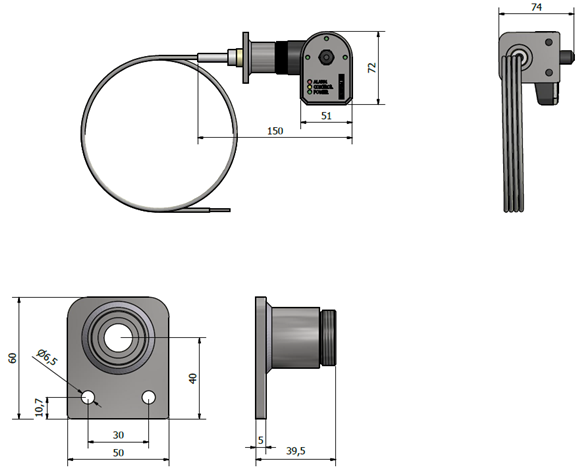 back to top
Load Form